What an amazing first week! Thanks so much to everyone for the support. Let’s jump into some updates.

We got “first shot” plastic in for Arsenal 2 Standard this week. There’s no surface texture yet on the final mold and there’s some fine tuning that still needs to happen, but it's moving along fast. After a few adjustments they will laser etch the texture into the mold, which should really make the enclosures look good. 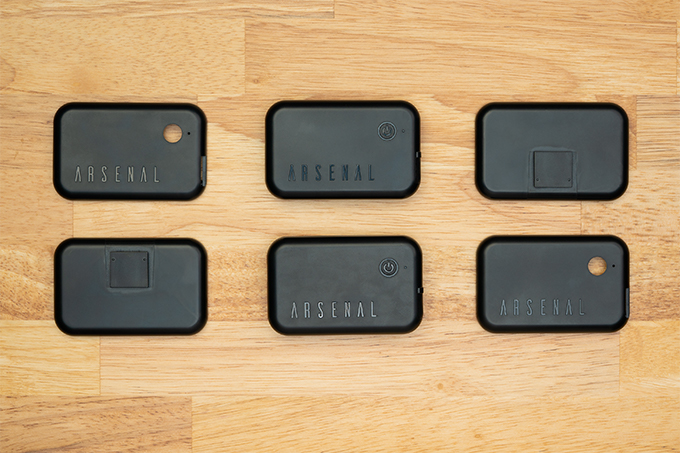 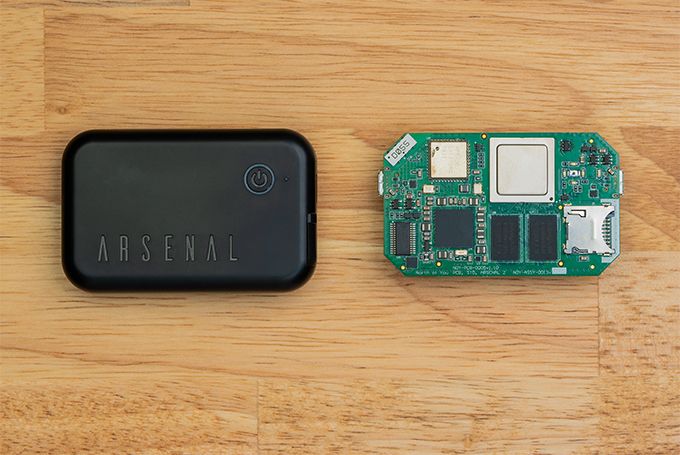 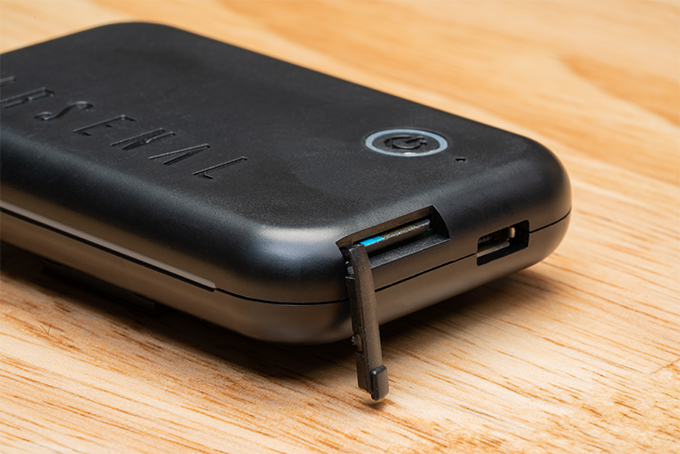 We’ll post photos once we get enclosures with the final texture.

The Arsenal 2 Pro mold is still in progress, but we’ve got some examples of the aluminum ring that makes up the center of Pro. 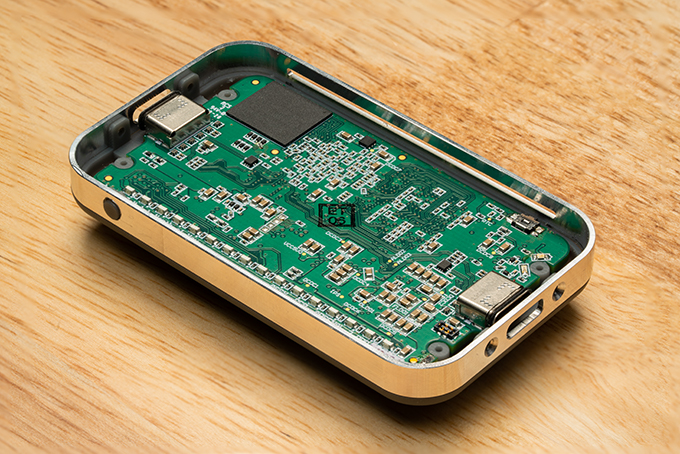 Here’s some photos with the latest enclosures. (these are just prototype so texture and color will change) 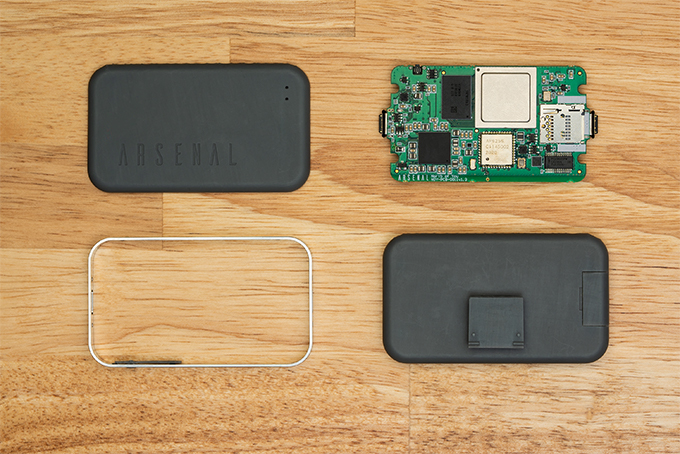 Here’s most of the components for the Pro boards. (With prototype enclosures, texture and color will change obviously) On the Pro the PCB goes in upside down from Arsenal 1 and Arsenal 2 Standard. This lets us sink the cpu to the metal ring to handle the extra heat generated by Pro’s processor. (Not pictured is the metal piece that sinks the cpu) 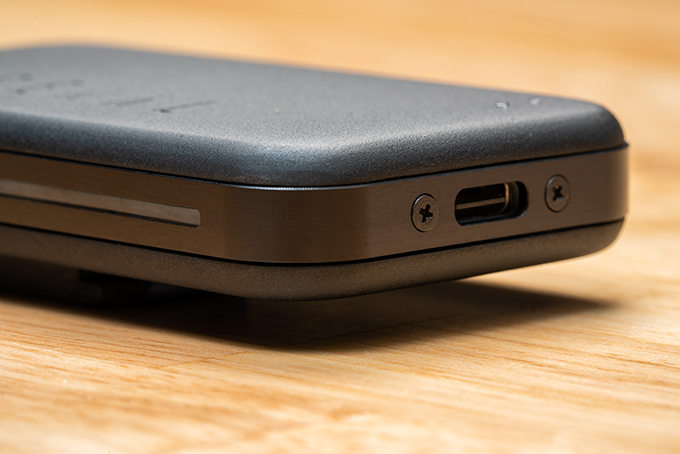 Here’s with the anodized aluminum. 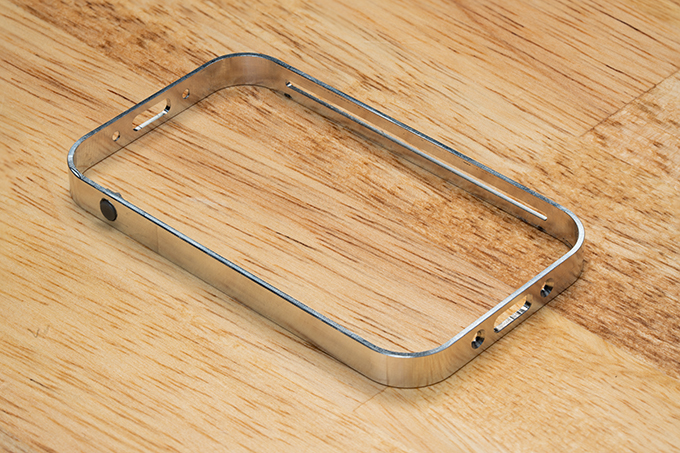 We moved the power button to the side to maintain the weather sealing. It’s got a really good feel to it imho.

Our electrical engineer, embedded engineer, and I have been working on the final code for the microcontroller that handles boot state and toggling into handheld mode. A lot of you requested an improved process to enter handheld mode. There’s some challenges because of the way we have to pass startup interrupts through our power management chip, but the plan now is for handheld mode to be able to be toggled on/off with a double tap (and boot/shutdown with a single tap). You’ll also be able to “boot into handheld mode” by doing a double tap when the Arsenal 2 is off.

We’re also looking to see if we can add a way to quickly check the battery status on the back LED’s without starting Arsenal 2. So stay tuned for more info on that.

A few FAQs to Highlight

I wanted to highlight and discuss a few of the important FAQs on the site.

What can Crowd Control remove from a scene?

Crowd Control is a fun feature that really opens up some great shots that wouldn’t have been possible before. However, it can’t remove things (people, objects, gear) that don’t move. To remove objects, the background must be visible in at least 25% of the photo.

You’ll know once you’ve got the shot you want because Crowd Control lets you preview the final shot as shots are taken, and you can press stop at any time. Being patient usually solves this, but a few times we’ve encountered people really camped out that blocked our shot.

We’ve also seen questions on how long you’ll need to shoot for Crowd Control to work, assuming people are moving. The answer is it varies, and can quite a bit. A good example and rough benchmark is the Eiffel Tower shot we posted on our Kickstarter page. That’s a reasonably well trafficked spot, even early in the morning, and it took about 15 minutes to shoot. You can adjust from there for more or less trafficked areas.

How do firmware updates work with Arsenal 2?

One of the most requested upgrades for Arsenal 1 was not forcing firmware updates once a new version of the mobile app was installed. Inevitably, some of you would end up in the field, open up the Arsenal app, realize it updated itself overnight, and then need an internet connection to process a firmware update for the Arsenal hardware. There were some workarounds to prevent this, but if you didn’t have Auto Updates turned off you could have to do a firmware update at an inconvenient time.

The trade-off here is largely on the size of the mobile app. With apps growing in size each year, we really wanted to focus on a low footprint download. But given the feedback we’ve seen, going forward the firmware updates will be embedded in the mobile app. This means that you’ll be able to update without the internet. The trade-off is the app is now about 230MB. That’s only about the 20th largest app on my phone right now, so not too bad and we think worth it.

When/where can I buy accessories?

We’ll be sending out emails with a link to our pledge manager after the Kickstarter campaign. In the pledge manager you’ll be able to add accessories and provide your address.

Some have noted that they increased their pledge size to account for future accessories. That works. In the pledge manager we’ll show you how much you pledged, what Reward Level you picked, and any leftover pledge amount. You can then apply that leftover pledge to accessories, extra cables, a second Arsenal, upgrading to Arsenal 2 Pro, taxes, or shipping costs.

Why do we support the cameras that we do?

So I wanted to dive into our thought process a bit. Typically, not supporting a camera falls into one (or more) of five buckets (I mention on the Kickstarter page FAQs that it’s two buckets, but it’s really a bit more granular than that and here I have more room to discuss):

1 - Camera API Limitations: Arsenal 2 controls cameras over the camera’s USB tethering interface. While there is a standard for controlling cameras over USB (called PTP), it’s up to the cameras to decide which functions are provided over the USB API. Some cameras don’t provide the needed functionality over USB to allow it to work with Arsenal.

A good example is the Sony A7R II, which does not allow us to save an image to the SD card when tethering over USB. Another would be the Nikon D90 which had a complete API, but due to a bug on the camera end, would require random USB resets to complete operations.

2 - Performance: Sometimes the camera technically has the right functionality, but the performance is poor, usually on cameras 10+ years old but sometimes others. For example, the Sony A7R II ran into challenges with slow speeds and a clunky onboarding experience. With Arsenal 2’s new features and faster processing, we didn’t think the performance was up to par and dropped support for it.

3 - Cost to Develop: Each camera we add has costs: buy the camera, figure out how to code to its API, test for limitations, write the code, add it to the banana stand, and then do a bunch of field testing. Then, each time we do a release, more testing on the banana stand and in the field.

We’re still a pretty small team, and every hour we spend adding new cameras is an hour we could have spent on developing/optimizing/testing new features. So we have to balance the two and prioritize well.

4 - New Brands: There’s a fair amount of consistency when looking at a camera’s API within a brand. Some are more than others (Canon) and some are less (Sony), but overall there are lots of similarities that make it easier to add another Canon or Sony once you’ve added the first.

Adding more brands is a balance against other priorities, demand, and cost. Panasonic and then Olympus are the most requested brands we don’t support, and then a big gap to Pentax, and another gap to Leica, Sigma, and Hasselblad.
We spent some time trying to support Panasonic for Arsenal 2, but their APIs had a ton of changes from camera to camera, which was unusual. We can work through each of them, but that’s a big task and will take a developer away from other priorities for a while to do it. Right now, that’s not something we can take on.

(Funny story: Someone realllllllyyyyy wants the Panasonic Lumix DMC-GH4 supported. They spammed the Not Supported Camera voting page 181 times in 90 minutes a few days ago)

5 - Demand: Due to the costs above, if a camera doesn’t get much demand we can’t really justify adding it. The Fuji X-E3 is a good example of a modern camera that has the right API functionality and is part of a brand we support, but has just 9 requests out of over 3,000 since the Kickstarter launched.

That’s a lot of info, so to summarize: #1 (API Functionality) and #2 (Performance) are necessary for us to think about adding a camera. Once those hurdles are cleared, it comes down to some balancing of Cost to Develop, Brand, and Demand.

I hope that helps the community understand our thought process a bit more. Given all of that, what we recommend you do:

That’s all for now. Thanks again for your incredible support, and more to come soon!

Arsenal 2 Standard Vs Pro and Quality of Life Changes

Hey everyone, Ryan here. A few quick updates, but before I jump in I wanted to say thanks again…

Hey everyone, Ryan here with the update you’ve been waiting for. We’re back on Kickstarter to launch…